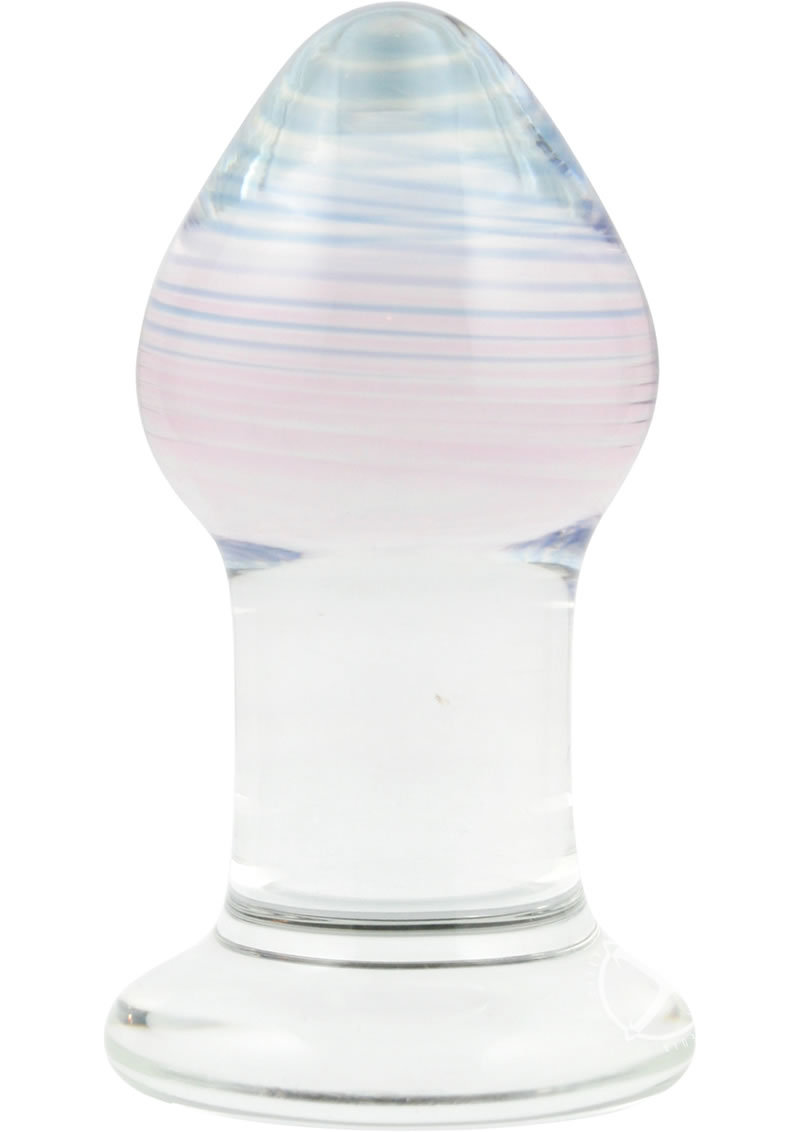 Our beautiful butt plug is a durable sex toy and a work of art. Designed to widen, relax, and stimulate the highly sought after "P-spot," you'll find your orgasms are reaching more intense heights than ever before. Widened base for your safety. Fracture-resistant and hypoallergenic, this toy can be easily cleaned. Retains heat and cold for increased stimulation. Compatible with all lubricants.

For my first glass toy I wasn't disappointed. It's small but I could totally tell it was in there after wearing my silicone one for the last few months.

The only thing keeping me from giving this a 5 rating, is from the images online I thought the plug would be a really pretty gem-tone purple colour. When I took it out of the box I was a little disappointed with how clear it is.
However, I'm pleased in every other way. It's bigger than I expected (in a good way), and it's fantastically easy to clean.
Speaking of the size, that is not mentioned online. I tried to find out how big it was but didn't hear back.
So, I'm pleasantly surprised at the size.

I was kinda hoping for the buttplug to be purple or have that tint but it's clear with a few hardly visible rings.

It's a really nice butt plug. I do wish it was a bit bigger, but that's just my personal preference. The size does feel much better than it looks though.